Our Very Own Eye In The Sky 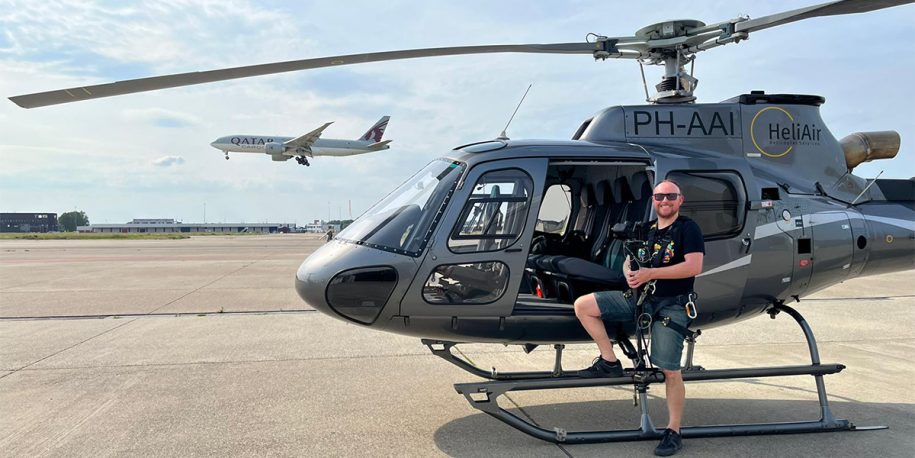 Commenting on industry trends alongside the fantastic customers that we have the pleasure of spotlighting, we realized that something is missing. The reason we’re great at what we do is because of the people behind Falcker, and that’s why today we’re highlighting one of our very best: Roelof de Vries.

With a storied career in all things tech, Roelof is our Digital Asset Inspection Specialist, and he has that title for good reason – he really knows what he’s talking about. Responsible for a lot of our technical developments each year, here’s why he is such a key part of the team.

“The reason I work at Falcker is that I can explore the boundaries of what is technically possible. Falcker isn’t afraid to push the limit. They’re at the frontier of all things data collection and 360 photography, and that’s where I want to be – it’s my dream job.”

I started shooting 360° images for a school graduation project back in 2004, in which I photographed 360° images from tall rooftops (higher than 60m)in the Rotterdam skyline. I took that, created a virtual tour, and built a website around it – Rotterdam Rooftops. That really was the start of it all.

I then went on to start my own company, focused on 360° technology. I did a lot of work with construction companies and municipalities, but back then, there were no drones. Actually, a lot of people don’t believe me, but I started to explore aerial photography using a large helium balloon. I put together my own gimbal and, with a live video stream coming down from the camera, started to photo 360° aerial panoramas.

I’m very proud to say that I was one of the first people in the world able to produce this type of photo. Not only that, but I took those images and was able to help businesses in construction and property development see what areas could look like – using 3D renders and visualizations.

But, I’m always looking for the next big tech innovation. I don’t call myself a photographer, just someone pursuing tech in a very particular niche. Industrial inspection was the niche I could see developing and a way for me to progress further. That’s where Falcker came in.

My role as an R&D photographer is to get technology to a production phase. When it’s in production, I get out of the way – but I continue to review feasibility and success for learnings in the future. I go out to the market, find technical solutions to customer problems, and then start testing. I’m responsible for bringing on technology that helps to visualize data, as well as validate it and automate its collection. Basically, I find the latest and greatest cameras and drones and then get to see what they’re made of.

Right now, I’m busy working on taking out manual labor in the entire process. One of the best parts of being on the Falcker team is that I get to work with the smartest software developers I’ve ever met. They’re so capable that even in this niche – which I’m a specialist in – they immediately understand what I need.

For me, the next twelve months is an exciting time – particularly for drone-in-a-box tech. In the last ten years, drones have truly come online, and the market is starting to mature. But drone-in-a-box tech basically puts us back in that nascent feeling we had ten years ago: it’s the next big industry iteration. The introduction of totally autonomous flying robots is so exciting. But, we’ll still need highly skilled photographers to capture all the amazing images. That’s one area where drones have yet to catch up.

“To work with people with the same drive, who want to achieve the same level of success using their own skillset is a genuine pleasure. This is the job I’ve always been looking for.”

Want to be a part of something at the edge of tech? Get in touch with Falcker today.